ALBUQUERQUE: Scott Daniel Williams is the 39-year-old who slammed Steven Baca with a skateboard repeatedly and knocked Steven on the head with a skateboard before Steven, who was chased by at least three assailants during this time, drew his weapon and shot in self-defense. Both Scott and Steven were attending the now well-known Oñate statue protest where protesters sexually abused Oñate, jostled each other in the crowd and things escalated until the point that protesters chased Steven Baca, shouting, “we’re going to f**cking kill you,” and “he’s a cop.” It wasn’t a peaceful protest and the Antifa there didn’t intend for it to be peaceful. They had been planning to pull the Oñate statue down long before the protest had even occurred.

You can watch Williams in action as he chases Steven, attacks him with a skateboard over the head and knocks him to the ground before Steven defends himself:

Boom! Watch the video where Albuquerque native Steven Baca is chased antifa-tied mob and defends himself as they shoult "kill him."
Donate to Steven's legal fund as he seeks justice!! #nmpol
Read the story here ===>>> https://t.co/fSWSnhplKJ pic.twitter.com/vdqahLyYk7

Scott Williams is a proud supporter of Antifa. Thanks to his parents who were also at the protest, and specifically his mother Denise, we know that he has been involved in Antifa-linked protests in the past. Scott’s mother even went so far as to proclaim, “Scott is extremely active in activism and equality issues of every kind. He was at Standing Rock. He’s always been very passionate about equality and human rights. And we support him in that completely. We have been taught..that the Black Lives [Matter] movement has escalated—to lament, to listen, to learn and to leverage. And we want to leverage this situation for change.” Her closing words should be concerning for conservatives and anti-communists. Read them again, “we want to leverage this situation for change.” It’s almost as if the cause was even more important than the son?

On his “art” website, Scott shares pictures taken during the Dakota pipeline protests his mother bragged about. The pictures are shared without any commentary from Scott, but show graffiti on monuments and the anarchy symbol. Included are comments including, “Decolonize history,” and “White history celebrates genocide.” It’s unclear whether Scott contributed to the graffiti or not.

On social media, which seems to be mostly scrubbed, Scott Daniel Williams shares a link to an Antifa resource site that offers recommendations such as how to erase your digital footprint, an article titled, “In Defense of Looting,” and a Twitter thread on books for individuals becoming “radicalized.” One of the recommended books was Alinsky’s Rules for Radicals.

In 2017, Scott’s [former] friends filed a police report when they felt he was threatening them for not being radical enough. He was breaking up a friendship and threatening people over his friends admiration for Milo Yiannopoulos (police report courtesy of the Eye in Albuquerque). 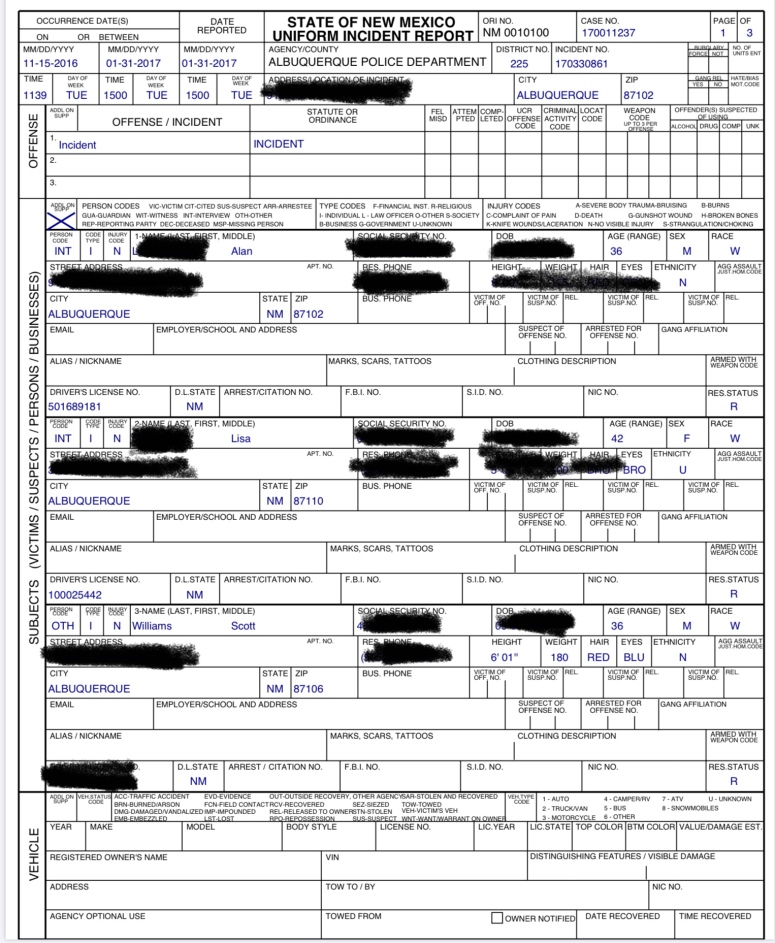 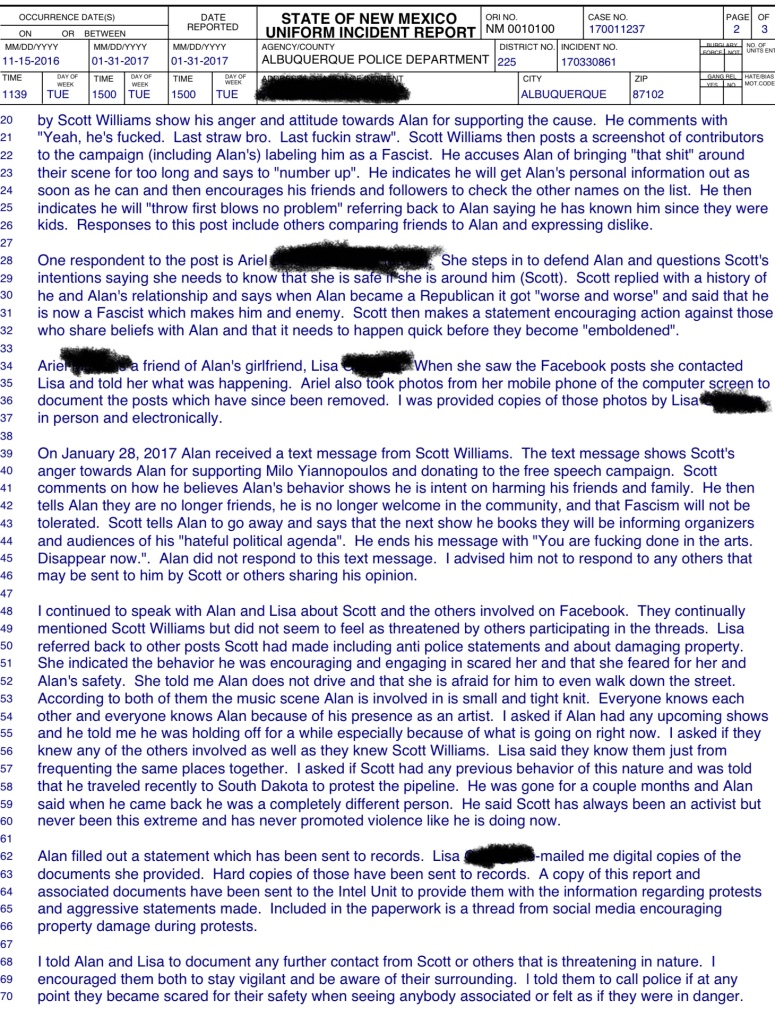 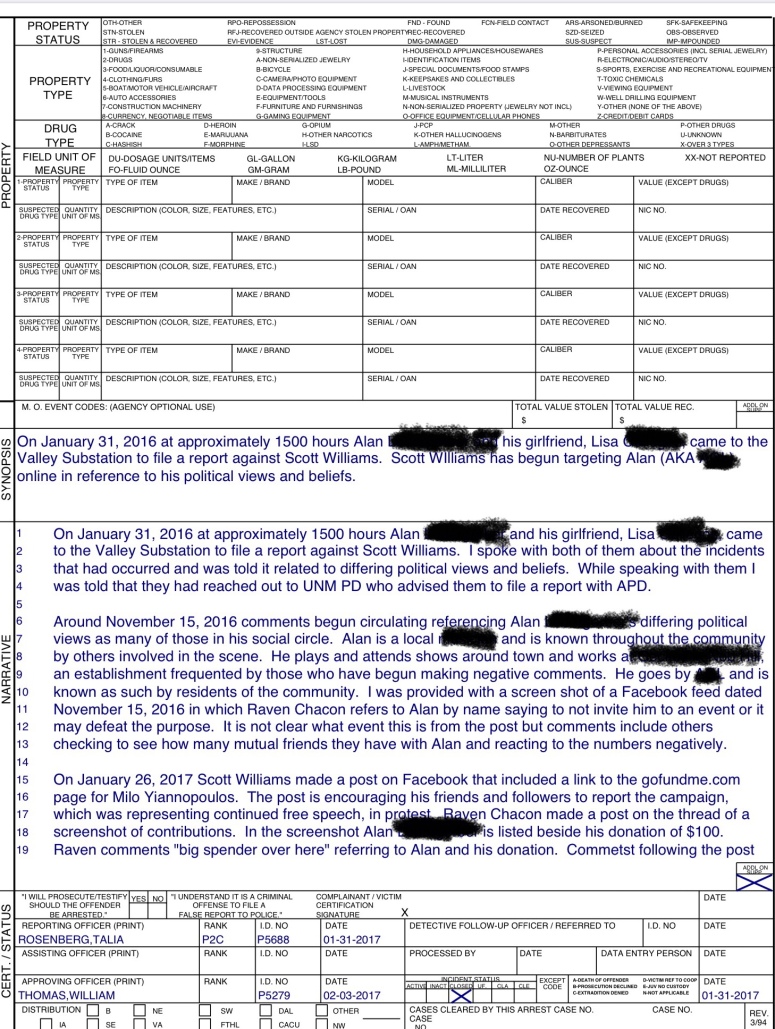 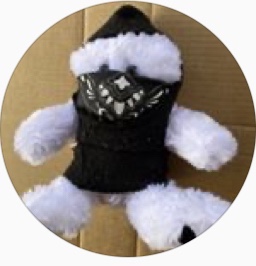 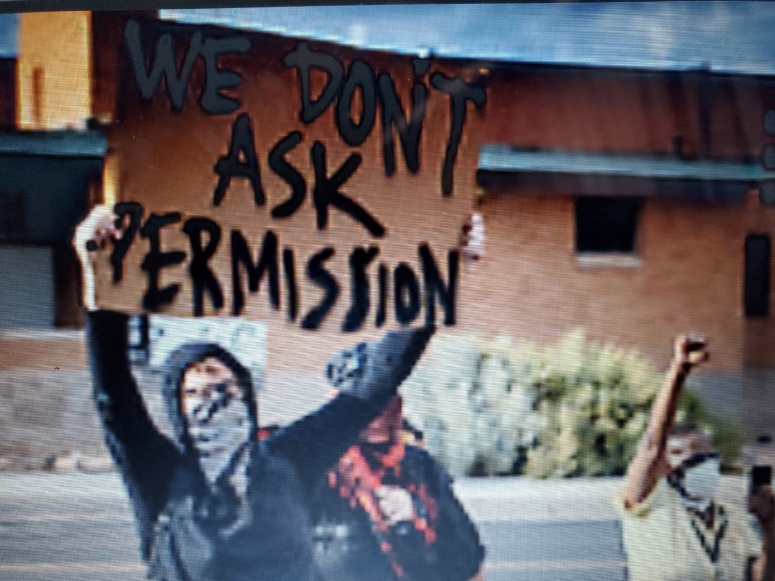 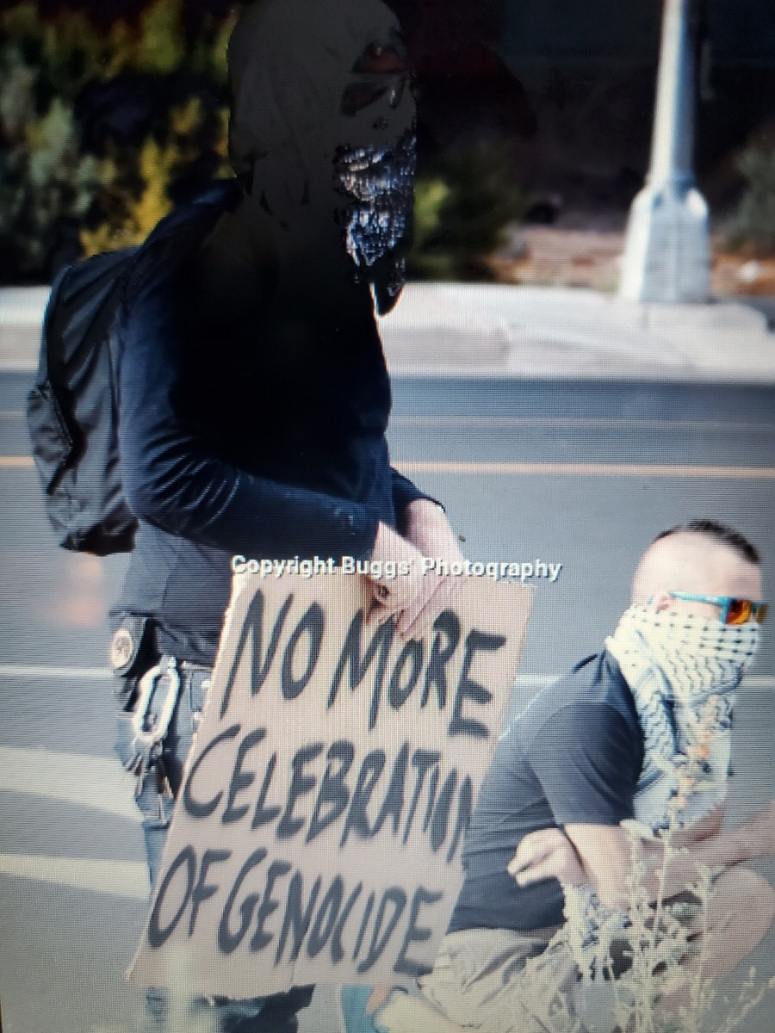