Progressives are excited for the opportunity to love to hate not just President Donald Trump, but his new Supreme Court nominee, Brett Kavanaugh. The sad truth is that bipartisanship has been tossed out the window and progressives will now attack Kavanaugh no matter who he was or what he has done because he’s Trump’s SCOTUS nominee.

For instance, the progressive Women’s March group sent their press release using “XX” instead of Kavanaugh’s name, indicating they’d use the same form email regardless of who Trump appointed. OOOPS!! 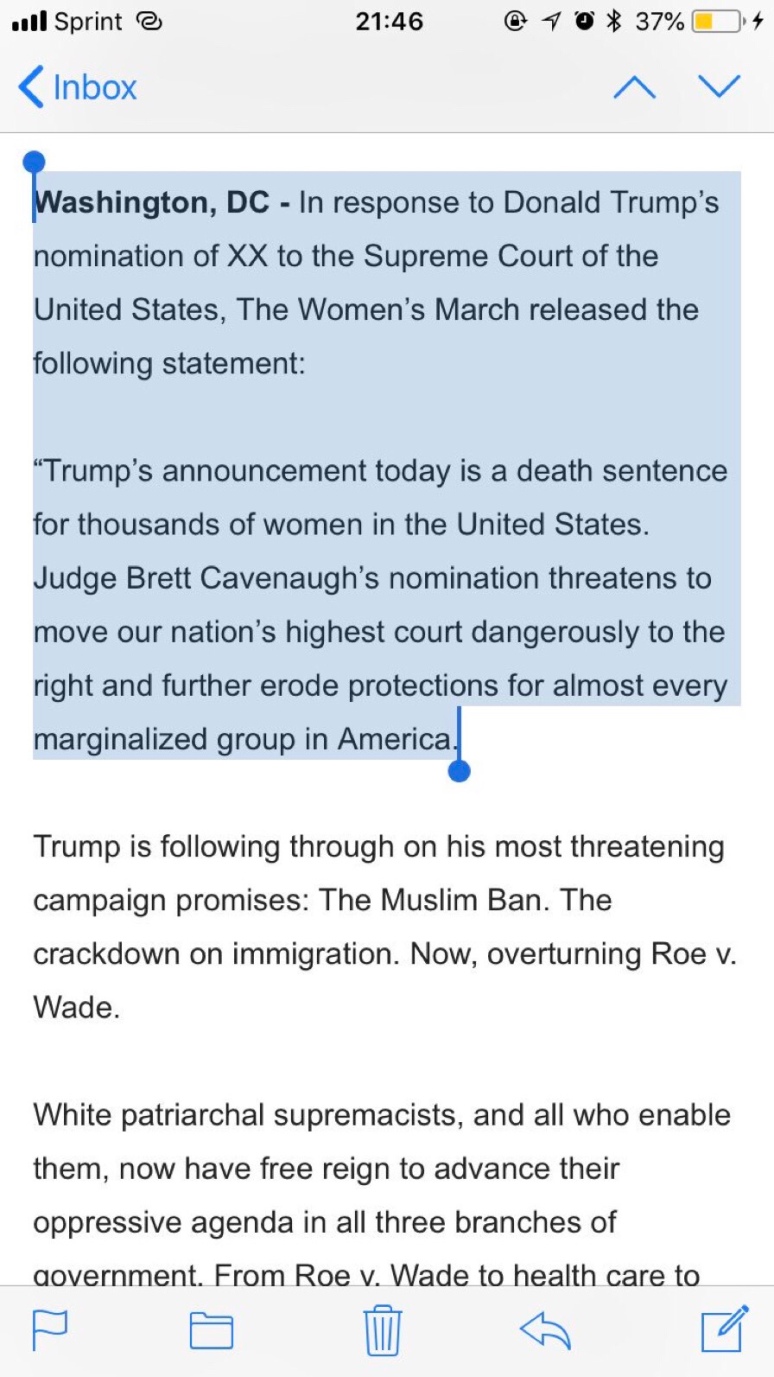 Similarly, Twitter activists caught the national Democrat Party when they posted a picture of “Judge Brett Kavanaugh,” which was actually Judge Hardiman, another member of Trump’s short list, implying they’d be using the same talking points and content against a Trump nominee regardless of who the person was.

Hard-left progressives have been extremely sensitive about Trump’s choice for replacing Justice Kennedy, but were Senate Republicans as staunchly opposed to President Obama’s nominees Kagen or Sotomeyer? Both Justices appointed by Obama were easily confirmed on 68-31 and 63-37 votes respectively, with a number of Republicans voting to confirm the Democrat-appointed Justices.

But yes, Scalia’s untimely death made many on the Left outright joyous– which is shameless and absolutely horrible. Below is an example of the nasty comments heaped on Scalia after his passing.

Enough is enough. For two centuries our country has thrived on bipartisanship and teamwork. Will liberal Democrats join Republicans supporting Kavanaugh and will the Democrats put away divisiveness and support orderly processes and traditions, voting to confirm Brett Kavanaugh?