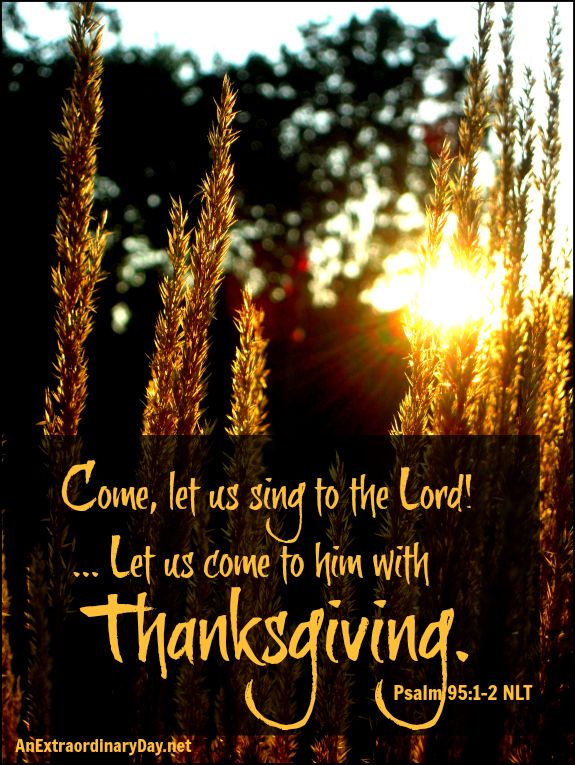 We gather together to ask the Lord’s blessing;
He chastens and hastens His will to make known.
The wicked oppressing now cease from distressing.
Sing praises to His Name; He forgets not His own.

Beside us to guide us, our God with us joining,
Ordaining, maintaining His kingdom divine;
So from the beginning the fight we were winning;
Thou, Lord, were at our side, all glory be Thine!

So reads the old hymn originating in Holland in the late 16th century.  The English Pilgrims who celebrated the first Thanksgiving might have been familiar with the hymn when they landed at Plymouth in 1620.  We Gather Together was not translated into English until the late 19th century, however, as the Separatists had spent many years sojourning in Holland before crossing the Atlantic and making Plymouth their home, they could have learned the Dutch version of the hymn in Holland.

We have so much to be thankful for!

This year has taught me that God’s perfect plan will lead us down the path where we can accomplish the most for Him– even when there are unexpected detours.  We were winning from the start and as the hymn above reminds us, God will not allow our oppressors to continue forever because he does not forget us!

After an exciting year, with many surprising adventures, we were blessed with such great election victories in New Mexico and across the nation; it has become obvious that God has been on our side.  I am so blessed by and thankful for our triumphs this November!

Happy Thanksgiving and may God bless you and your family!