It is no secret that blogger Ho Joe Monahan uses his blog to spin for the hard-Left Democrats who give him his marching orders.  It is easy to see that Joe Monahan is actually an operative for the liberal Democrats.

This past week Democrat operative Joe Monahan stooped to a new low.  In what may have been an attempt to appear balanced, Joe Monahan decided to create fake ads for his website using Republican candidates names without their permission.  Joe Monahan’s Republican friend Bob Cornelius brought the ads to my attention and after researching I learned the ads were completely FAKE!  Below is a screenshot with the ads from last week: 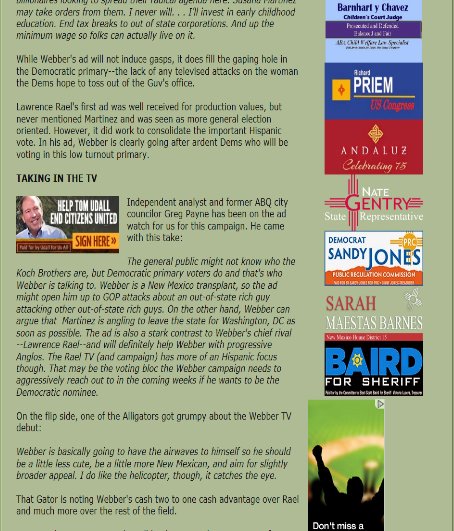 The Richard Priem congressional campaign responded to my inquiries, saying they did not advertise on Joe Monahan’s blog and would investigate into whether the ad was on the blog,  “We will take the appropriate action once who determine who did this,” campaign manager Peter Shams-Avari said on behalf of the campaign.

Will Monahan discuss the content of the emails sent to him regarding these free “ads” which were posted on his blog?

What will Joe Monahan try next in an attempt to make himself relevant?  Is Monahan, the desperate hard-Left operative, missing a few marbles?