A couple months back a conservative Facebook group I am a member of was targeted by “hackers” and taken over by “goats.”  The goats were liberals who gained the confidence of administrators and members.  When the goats are made administrators they try to successfully hijack a Facebook page or group by knocking everyone out of the group who stands up to the goats and turn the group or page into a parody ridiculing conservatives.

The liberal goat team posted nasty goat pictures ridiculing conservatives.  In the case I witnessed the conservative patriots were lucky enough to regain control of the group, but some conservative groups and pages have not been so fortunate.  One page that now has over nine thousand “Likes” (it may have been more before) was taken over after one of the admins was dumb enough to allow questionable people to become admins of a page or group.  Sometimes it it’s a well-meaning admin who turns the page or group’s control over to a friend and that friend lacks knowledge and wisdom so he or she unwittingly allows a goat to admin the page.

I’m not just writing about this randomly, I ran across a conservative New Mexican group this week that had hacking incident where a large percentage of accounts in the group were suddenly kicked out overnight.  Was this an accident, a Facebook bug or the work of hackers or goats?  Thankfully we will probably never find out…but I would encourage all conservative New Mexican groups to be careful and be on their guard.

Have a question?  Email me here. Or comment (public) below! 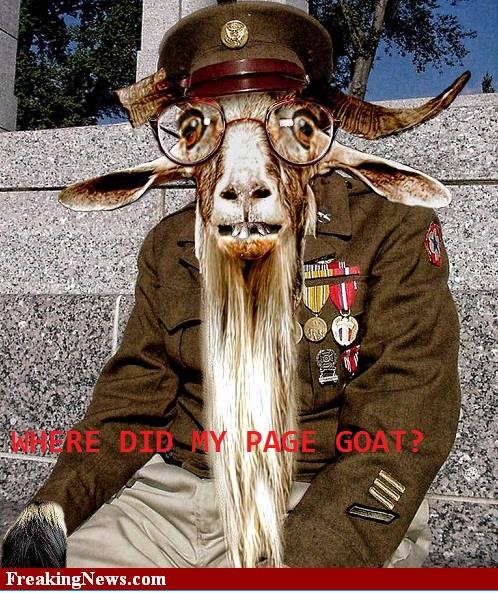 On one of the hijacked pages, formerly called “America the Next Generation,” the tricksters changed the name of the Facebook page to “America the GOAT Generation” earlier this month and wrote in the “about” section,

“This page WAS run by backwards f***s who thought that they could post a picture of Obama getting lynched and get away with it. Now it haz GOATZ!!!”

Evidently, the group and their allies have hijacked many conservative Facebook pages and change the page titles, posting photos of goats, along with images mocking the Tea Party.

Some examples can be found here, here and here.

But there are many more.

“We have deleted all 12 of our adminz and given this once hate filled page to the ever peaceful goatzes…May they live forever!”

“A two trophy night! Those tea billies sure are stupid.”

The “Constitutional Freedom Warriors” was also hijacked. The about section now says,

“Defending goatz from having to hear the crap conservatives spew.”

In an article posted at “Americans Against the Tea Party,” the author explained how the “America, the Next Generation” page was hijacked.

“A member of the troll ‘army’ infiltrated the page and was handed the proverbial keys by the now-ousted page administrator, who they promptly removed from uh…service. After that, it was time for The GOATENING.”

The effort was discussed by the “ringleader” Busta Troll, who said,

“I often wonder if the path to becoming a liberal troll is the same for everyone that it was for me. I sat down one day, clicked ‘create a page’, named it Busta Troll, and set off to change the world and rid it of the hate and lies being spread by modern ‘conservatives.’”

The group is quite open about who they are targeting, posting links of pages they have “taken over.” If they are unable to become administrators, they often conduct coordinated attacks on certain conservative Facebook pages, posting images of pornography and goats.

On this post, a “troll” explains that he was banned. He says, “Time to switch to fb persona #2.” 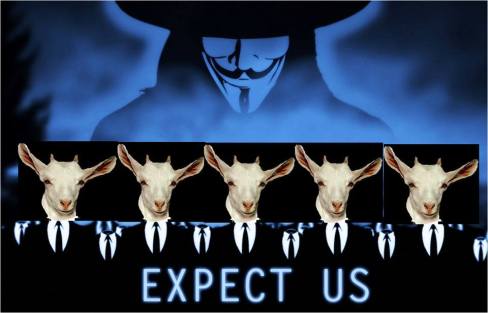 This week I’m trying to make it to 350 blog followers…can you help?!

47 thoughts on “Facebook Warning: Watch out for “the goatz””