The Left claims same sex marriage should be legalized because it is all about “LOVE”.  If that is true, why is the Left lobbying for this “marriage” when everyone is free to love and have a relationship with whom they choose?  This video from Rick Warren pretty much hits the nail on the head– the agenda is to redefine the sacred term of marriage:

Since last week I lost count of the number of times I was called, “bigot”, “homophobic” and “hater” after saying I supported Phil Robertson and disagreed with the New Mexico Supreme Court’s decision to mandate that marriage include couples of the same sex.

Let’s look at some examples of Leftist’s of “tolerance”:

@PolitixFireball What inane rhetoric. Traditional marriage is not affected in the least. Now those born gay can legally committ their love.

@PolitixFireball The logic that all opinions have equal merit is inherently illogical. Those rooted in bigoted bias are NEVER right!

@PolitixFireball you are truly one of the biggest tools I have had the displeasure of coming across. Perhaps you should reread your Bible…

More “Tolerance” as illustrated by Leftists: 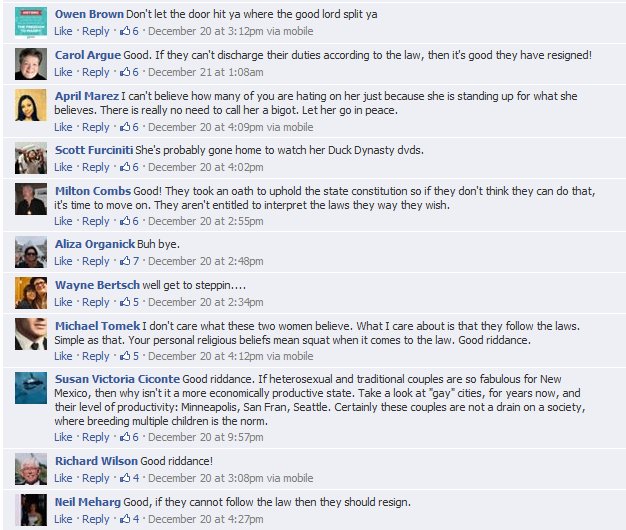 8 thoughts on “Tolerance? Leftists Illustrate Hate for Anyone Disagreeing with Them on Redefinition of Marriage”