Heinrich has spoken.  It is a miracle.  The impossible has happened!  Despite the terrible government shutdown (which he supported, through his actions!) we hear from Heinrich despite the fact that he said during the government shutdown it would “not be possible” for him to respond to communication he received.

Unfortunately, due to the recent temporary lapse in government funding, my offices in New Mexico and in Washington, D.C., are closed.  Please utilize the “Contact” page on this website to communicate with me. However, please know that during the shutdown, responses to communications will not be possible.

What did he have to say?  Something very important, of course:

Top priority is to reopen the gov't. House Republicans need to do what's right for their constituents & stop being reckless & irresponsible.

Blaming Republicans is very important.  Heinrich wants HIS constituents to believe that HIS irresponsible vote to support Obamacare had nothing to do with the shutdown.  But it did.

Heinrich is not only looking ridiculous for claiming his office is completely shut down, but also looking like a hypocrite for tweeting from his government Twitter account after he said he wouldn’t be able to contact constituents. 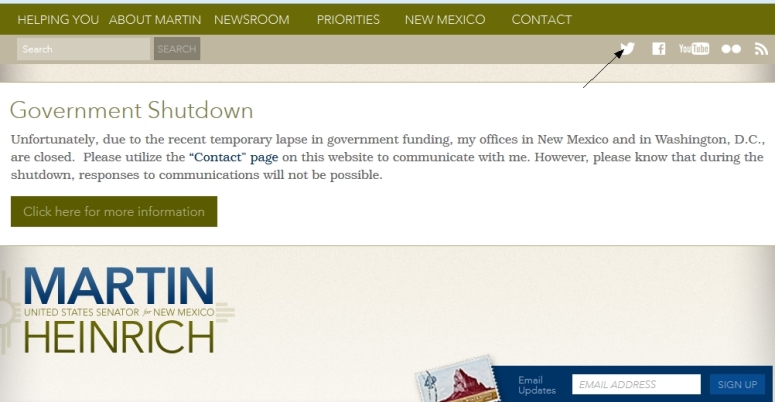 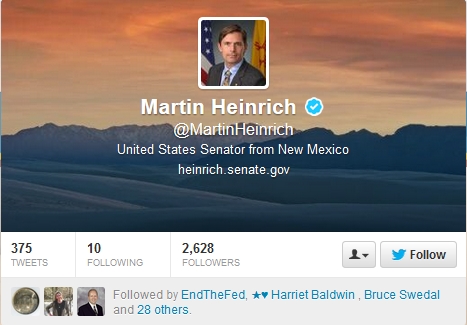 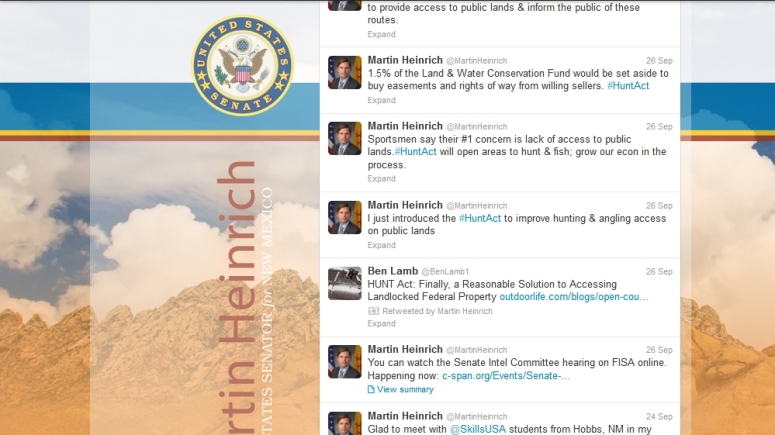