Early Saturday morning Pat Davis of ProgressNow New Mexico rear-ended another vehicle with his BMW.  His blood-alcohol concentration was over .16 (double the legal limit), and he was arrested on aggravated DWI charges.

Davis, a leftist activist who came to New Mexico to work in law enforcement, has become well known for his vehement attacks on Republicans since working as executive director for ProgressNow New Mexico. 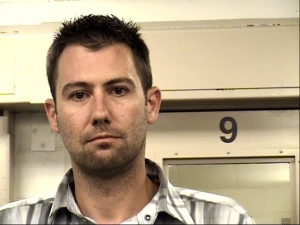 Davis said he could not comment on the specifics of the arrest due to the pending case, but he did say that he hopes the arrest will not detract from the “critically important work” done by the organizations he’s involved in.
Davis: “I am truly sorry to those who are disappointed or embarrassed by my actions today.”
Pat Davis, chair of ABQ Crime Stoppers, charged with DWI

After the Republican Party of New Mexico called for Pat Davis to resign, the ABQ Journal reported that Davis was resigning from ABQ Metro Crime Stoppers, but Davis insisted he will not resign from ProgressNow New Mexico.  After learning of Davis’ decision, it is interesting to look into some of Davis’ “greatest achievements” in the area of attacks on Republicans in New Mexico and how the reasons for his attacks compare with his recent arrest and resignation from ABQ Metro Crime Stoppers.

Davis is one of the left’s attack dogs noted for his ruthlessness as he leads the charge against those on the right.  Whether it was an errant Facebook update that was inappropriate, an illegally obtained email handed to ProgressNow New Mexico that illustrated a poor (and offensive) attempt at humor, or a piece of legislation that the sponsor insisted had been written incorrectly, Davis has been one of the first on the scene prepared to attack Republicans.  He does his best to force his victim into submission.  This usually means calling for his target’s resignation.

One example is an irresponsible tweet made by a frustrated Steve Kush who was Republican Party of Bernalillo County Executive Director:

Yes,  it was inappropriate, but Davis ramped up the story to the greatest height possible and bullied his way about until Kush left the position.

Another instance is during the 2012-2013 legislative session.  Cathrynn Brown introduced a piece of legislation that she hoped would protect women who were victims of rape.  Davis latched onto the legislation and broadcasted it throughout the country as something which would stop women from exercising their “right to choose.”  Even New Mexico’s House Speaker understood that it was an honest mistake but, Davis showed he has no ability to understand that there had been an error in the bill’s language.

Interestingly enough, neither instance above where Republicans were attacked include illegal activity– they were simply something that offended the left.  But when Davis breaks the law, is arrested for an Aggravated DWI and becomes a terrible example to our communities, he insists on attempting to wiggle out of the consequences of his actions– he offers a small resignation to pacify those he has opposed.  Davis’ actions send the message that illegal activity is not as bad as opposing his ideology.

When will Pat Davis resign?  New Mexicans cannot allow him to get away with this double standard.  He needs to take responsibility for his actions and hold himself to a standard similar to that which he holds others to.

Contact the ProgressNow national organization and demand that Davis resign!

Would you like to volunteer to help more or have an idea?  Email me here.  We can use your help!