In my first Tumblr post that can be read here I share the screenshots taken Sunday of Peter St. Cyr’s attacks on me.  St. Cyr is a “free lance” writer for the Santa Fe Reporter and disapproved of my comments to his ally Joey Peters:

After asking him about his connection with Marty Chavez’ mayoral campaign,  St. Cyr refused to respond.  It seems his answer came in another form– St. Cyr became irate and after throwing insults at me, claimed my tweets were libelous.  St. Cyr later deleted the entire conversation.  Perhaps he hopes the truth will “just go away?”

His tweets are preserved forever on Tumblr in an easy to reference format (below are the screenshots too, though they are more difficult to read)!  The conversation is best understood when read from bottom to top as they are in chronological order that way.

Leftists:  Remember, once you hit send on Twitter it may take a long time before the tweet is actually deleted…if it ever goes away… 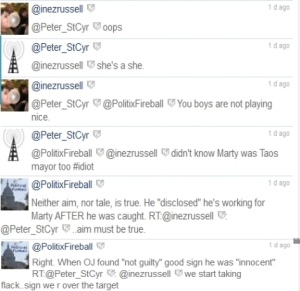 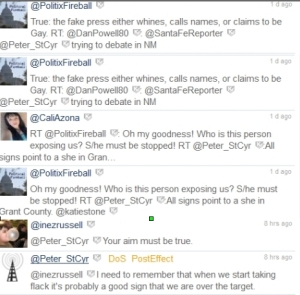 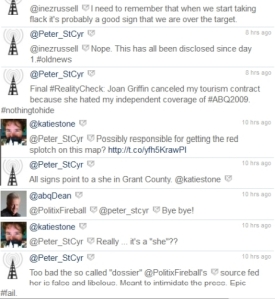 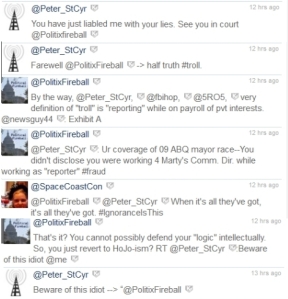 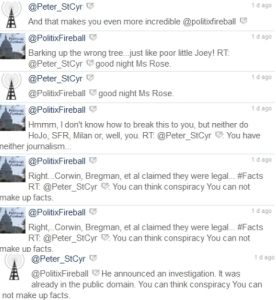 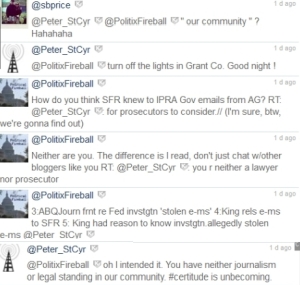 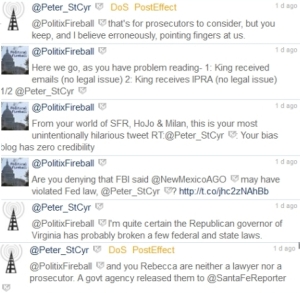 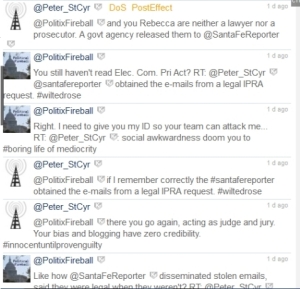 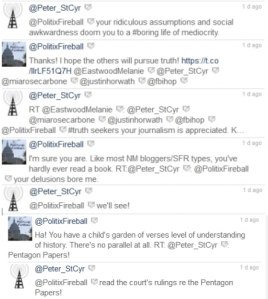 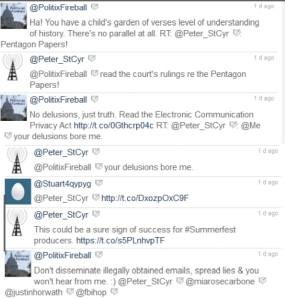 2 thoughts on “Afraid of the truth? New Mexico “journalist” threatens me, deletes tweets”