In a column earlier this month on May 5th, Milan Simonich vehemently attacked Governor Susana Martinez as an inadequate leader and self-serving person without many accomplishments.  His attacks went from claims about lack of job creation to Martinez statement that she had balanced the state budget, which he brushed aside as unimportant because ‘the state Constitution requires a balanced budget…” 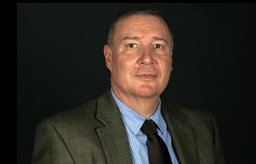 These attacks on Gov. Martinez were interesting in themselves, but there is more here.  When one compares Simonich’s talking points with the roundtable discussion which included former New Mexico Democrat Chair and self-declared party boss John Wertheim, on May 3rd, 2013 there is a parallel between the two.  The New Mexico Focus video may be watched here, but for convenience I share the pertinent excerpts below.

Simonich column: New Mexico has not shared in the renewed prosperity that Arizona, Colorado and Texas have.  Ignore the lack of jobs in your state…spreading self-serving myths…lack of jobs will be the biggest issue for Martinez and whatever Democrat ends up running against her.

Simonich column: Voters will judge Martinez in 2014 on many factors, including her attempts to improve schools, the quality of her appointments and her vision for the state. But lack of jobs will be the biggest issue for Martinez and whatever Democrat ends up running against her. When voters look beyond the hype to the key issue, they will find that Martinez’s claim of closing an historic budget deficit is a selfish one unsupported by the record.

Wertheim: Democrats stand for good jobs at good wages, getting health care for everyone.  Sam Bregman will have a big critique of her record as governor… will be hard for her to fight back.

Simonich column: “without many accomplishments…hopes of receiving credit where little is due.”

Wertheim: Not a single achievement this governor can point to since she’s been governor.

Simonich column: “..claim that she closed the largest deficit in state history is a fairy tale with her as the heroine…the state Constitution requires a balanced budget…”

Wertheim: (when asked) [Balanced budget] mandated by the constitution.

The talking points of Wertheim are along the same line as Simonich’s column when it came to attacks on Governor Susana Martinez.

In the past Mr. Simonich has used his position to influence at least one candidate race.  With this we turn to a blog by Roy Ortega a man who claims to have gone toe to toe with Rush Limbaugh.  Mr. Ortega wrote about an incident in the spring of 2010 when Milan Simonich used his position as political editor of the El Paso Times to further the campaign of a local Democrat running for County Attorney:

A story in this week’s edition of El Paso, Inc., the city’s business weekly, offered some interesting revelations about a political candidate, the city editor of El Paso’s daily newspaper and a fired reporter.

The story was written by investigative reporter David Crowder, who was formerly employed by the El Paso Times and now works as a political writer for El Paso Inc.

Reporter Darren Meritz apparently lost his job at the El Paso Times last month after he began asking questions about a close personal relationship that appeared to have developed between his city editor, Milan Simonich, and candidate for El Paso county attorney Teresa Caballero. As city editor, Simonich oversees the El Paso Times’ political coverage. Crowder wrote that Simonich and Caballero had been seen together in bars and restaurants and were even spotted buying groceries together.

Meritz told Crowder that he was pulled off of the newspaper’s political beat after Meritz began asking Simonich about his relationship with Caballero. Later, Meritz was dismissed from his job after errors were found in an unrelated story. Meritz told Crowder it was his “run-ins” with Simonich over the Caballero question that lead to his firing.

Crowder’s story confirmed suspicions by many in the community that the El Paso Times’ coverage of the county attorney race may have been slanted heavily in favor of Caballero’s political agenda. Many of those same suspicions had also been expressed privately by Caballero’s opponent, incumbent Jo Ann Bernal. Bernal went on to win the Democatic nomination for the seat during the March primary.

Crowder explained the situation which lead to the dismissal of Meritz who was fired after a series of events which would co-workers said would not normally carry such consequences in this article.  Apparently many in the media network saw what some thought to be inappropriate behavior between Simonich and Caballero.

After Meritz was asked to interview Caballero by Simonich he inquired into the relationship between the two.  The responses he was given were non-committal, but only raised more questions.   Meritz was pulled off political reporting after questioning Simonich closely and soon after he was fired when an error was discovered in one of his stories.  Colleagues were surprised at the dismissal of Meritz, who said he did his job well.  More here…

After looking into the facts on Simonich it appears to be entirely possible that there is something more behind his attacks on Republican officials in New Mexico.  And why is former Democrat Chair Wertheim talking along the same lines?  Maybe they get their talking points from the same playbook?